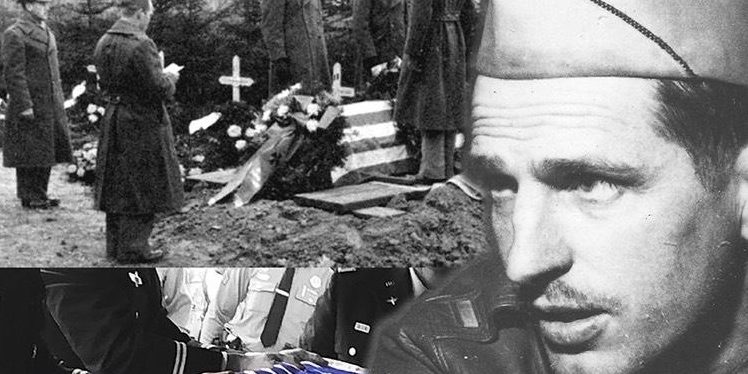 For a number of years, the New Albany-Plain Towship Historical Society has followed member Pamela Sconiers Whitelock’s search for her uncle, Lt. Ewart T. Sconiers. Lt. Sconiers was a WWII hero and Distinguished Service Cross recipient who mysteriously died while imprisoned in Stalag Luft III, the German prison camp made famous by the movie The Great Escape. Pam worked with the Defense POW/MIA Accounting Agency and an international team that dedicated twelve years to an incredible journey with an inspirational ending, one that has been powerfully told by talented journalists, Jennifer Holton and Ky Sisson, in a 45-minute documentary entitled “Finding Sconiers.” On June 7, Jenn and Ky were presented the award for “Outstanding Documentary” at the 2019 Normandie-WWII International Film Festival in Normandy, France. The award ceremony was held in Carentan, where some of the fiercest fighting took place on D-Day and the days thereafter.

Jenn and Ky covered Lt. Sconiers’ heroism, recovery, and return to his hometown of DeFuniak Springs, Florida, for burial, with full military honors, next to his mother and sister. Because they, like countless others, realized the story was much bigger than one missing hero and the quest to bring him home, they created “Finding Sconiers” to convey the commitment made by hundreds of thousands of America’s service personnel and their families. It’s a story about our country’s shared values for which so many have given or pledge to give their lives; it’s about an international community of promise keepers whose commitment to democracy/freedom knows no boundaries; and it offers unequivocal affirmation of America’s unique and indefatigable pledge to leave no service personnel behind.